ANALYSIS OF FACTORS CHARACTERISTICS OF CULTURE ORGANIZATION ON EMPLOYEE PERFORMANCE

This study aims to determine the influence of the characteristics For culture organizational on employee performance PDAM Merauke.dengan using data analysis technique in which quantitative techniques are used to test the effect of independent variables and the dependent variable.The statistical method used is to use simple regression: The formula used is Y = a + b1x1 + b2X2 + b3X3 + b4X4 + b5X5 + e. The technique of data processing is done is composed of six variables. The sixth variable is adopted from instruments that are formulated using scoring techniques. Scoring techniques in this study is "Likert scale" of scale associated with a statement about a person's attitude towards something (Kinner in Umar, 2008). Through the Likert scale, measured variables are translated into indikatot variables, hereinafter used as a starting point in preparing the items that can be a statement or a question.There is a significant influence of variable X to variable Y of 0.617 or 61.7%. It was concluded that if the variable X is high then lead to higher performance, and vice versa if the variable X is getting low, the resulting performance of employees will also be low. Based on the analysis of data obtained about the characteristics of organizational culture on employee performance in PDAM Merauke, it can be concluded that: Variable X1, X2, X3, and X4 positive and significant impact on the variable Y, and variable X5 but not significant positive effect on the variable Y, this can be seen that the value X5 by 0.264> 0.05

The Authors submitting a manuscript do so on the understanding that if accepted for publication, copyright of the article shall be assigned to Jurnal Ilmu Ekonomi & Sosial and Faculty of Ekonomi, Musamus University as publisher of the journal.

ABOUT THE PUBLISHING SYSTEM 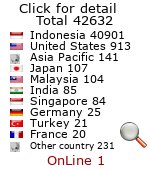 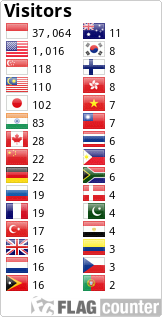