The Urgency of Radicalism Regulation in Legal Norms in Indonesia

Radicalism is a serious threat to countries in the world, Indonesia as a country that has a large area and a population that has increased the potential threat of understanding derived from radical ideology (negative), to show the efforts made by the Indonesian government in anticipating radicalism in the country then This article lightly discusses the urgency of anticipating the threat of radicalism into the rule of law and identifying the elements of radicalism to enter into a classification of crime that is different from terrorism. This research method uses a literature study that qualitatively seeks to analyze the phenomenon of rising tendencies of radicalism in Indonesia and explains the urgency of regulating radicalism into a legal norm. Discussion and analysis of research shows that radicalism is very important (urgent) to be anticipated in a rule of law so that although there are already specific rules in Law No.5 of 2017 concerning terrorism, radicalism also has urgency to be regulated by looking at elements of the pattern of crime development that different from terrorism as a crime that is more clearly characterized by actual. The results of the identification of elements of radicalism show different tendencies with more significant indicators of radicalism before the onset of terrorism. 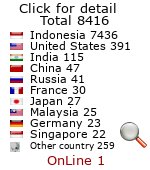