This study was conducted to determine the benefits of dishwashing liquid and cooking salt as a alternative for CMT fluids for subclinical mastitis testing in dairy cows in Udanawu sub-district, Blitar district. The materials used in this study were 12 dairy cows suffering from subclinical mastitis, paddle, CMT fluid, ,dishwashing liquid and cooking salt. This study used a randomized block design (RBD). The treatments were giving CMT fluids, a mixture of dishwashing liquid and 20%, 30%, and 40% of table salt on milk taken from each nipple that was placed on the paddle. The results of this study showed that there was a significant difference (P <0.05) for each concentration of dishwashing liquid mixture and cooking salt. The range of mean scores on the administration of CMT was 3.75 ± 0.25, the cairan pencuci piring mixture of cooking salt was 20% 1.67 ± 0.14, the mixture was 30% 2.92 ± 0.52, the mixture was 40% 3.42 ± 0.57. The conclusion of this study is that a mixture of cairan pencuci piring and cooking salt can be used as a substitute for CMT fluids which is cheap and easy to obtain and can serve as a guideline for dairy farmers to prevent subclinical mastitis in dairy cows.
Published
29-04-2021
How to Cite
Khopsoh, B., Faradila, R., Lidiyawati, A., & Haryuni, N. (2021). Pemanfaatan Cairan Pencuci Piring dan Garam Sebagai Alternatif Untuk Mendeteksi Mastitis Subklinis Pada Sapi Perah. Musamus Journal of Livestock Science, 4(1), 16-20. Retrieved from http://ejournal.unmus.ac.id/index.php/live/article/view/3607
Download Citation
Issue
Vol 4 No 1 (2021): Musamus Journal of Livestock Science
Section
Articles 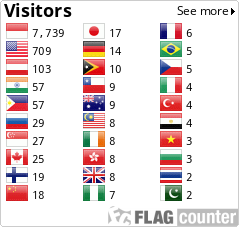