This study was proposed to determine the effect of the special autonomy fund on the human development index in Merauke regency in 2011-2018. In this analysis, it used a simple linear regression analysis method. To process the data, it used the SPSS 20 programs. Based on the results of this study indicate that the special autonomy fund has increased in each fiscal year which in 2011 numbered 60.588.071.000 which means  it was still low, which in 2012 and 2013 experienced an increase of 75.754.207.000 and while from 2014 to 2018 it increased by 102.513.472.000 and the mount of these fund is still stable until 2018 with a total of 102.513.472.000. And the human development index or the Merauke regency is fairly slow where in the last  8 years the average HDI growth rate of Merauke regency is only 0,55 points, (Human Development Index,2018). The results of this study provide the hypothesis conclusions drawn from Ha accepted and Ho rejected, namaly the special autonomy fund significantly influences the human development index in merauke regency. Keywords: Special Autonomy Fund, Human Development Index. 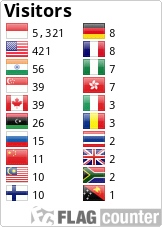