This graduating paper analyzes the American dream in 19th century by the two main characters in the novel. They are Luke Chandler and Mrs. Jesse Chandler. The two of these characters represent the condition and situation of the Americans especially the American farmers at the time trough their characterizations. In this research, the writer focuses on researching these two main characters by using Mimetic theory, including historical approach. The objectives of this research are, first, to know what kind of dream that the characters want to get and the second is what they do to get their dreams, how they do, and why they must to do something to get their dreams. This research displays that these two characters have some attitudes and actions which show the heroism. Therefore, these two characters can be called heroic in terms of the struggle to get their dreams for the better life.
Published
01-07-2014
How to Cite
Nasrawati, N. (2014). THE HEROISM TO GET DREAMS IN JOHN GRISHAM’S A PAINTED HOUSE. Magistra: Jurnal Keguruan Dan Ilmu Pendidikan, 2(1), 147 - 154. https://doi.org/10.35724/magistra.v2i1.328
Download Citation
Issue
Vol 2 No 1 (2014): Volume 2, Nomor 1, Juli 2014
Section
Articles 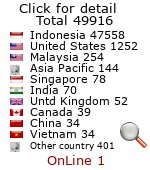